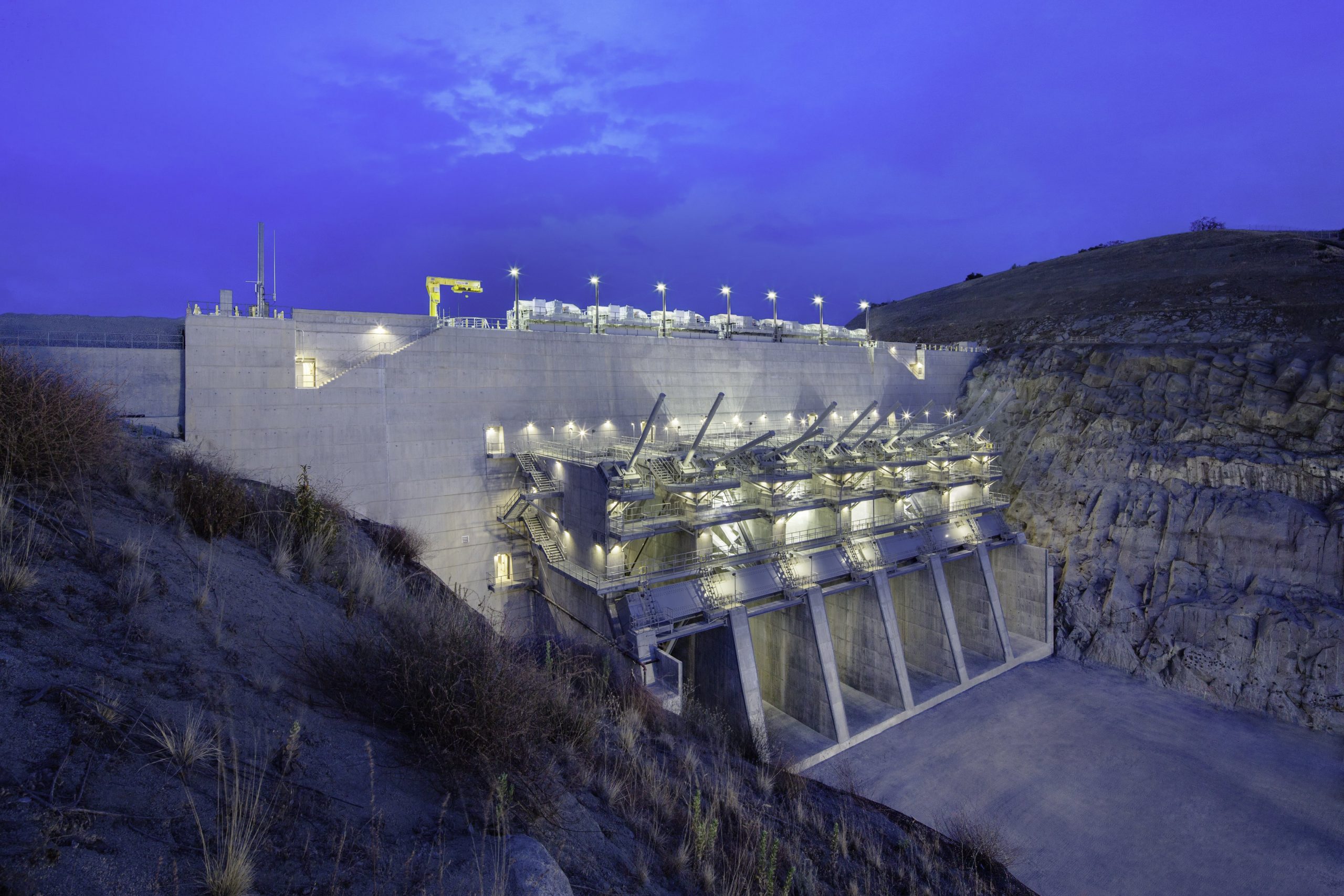 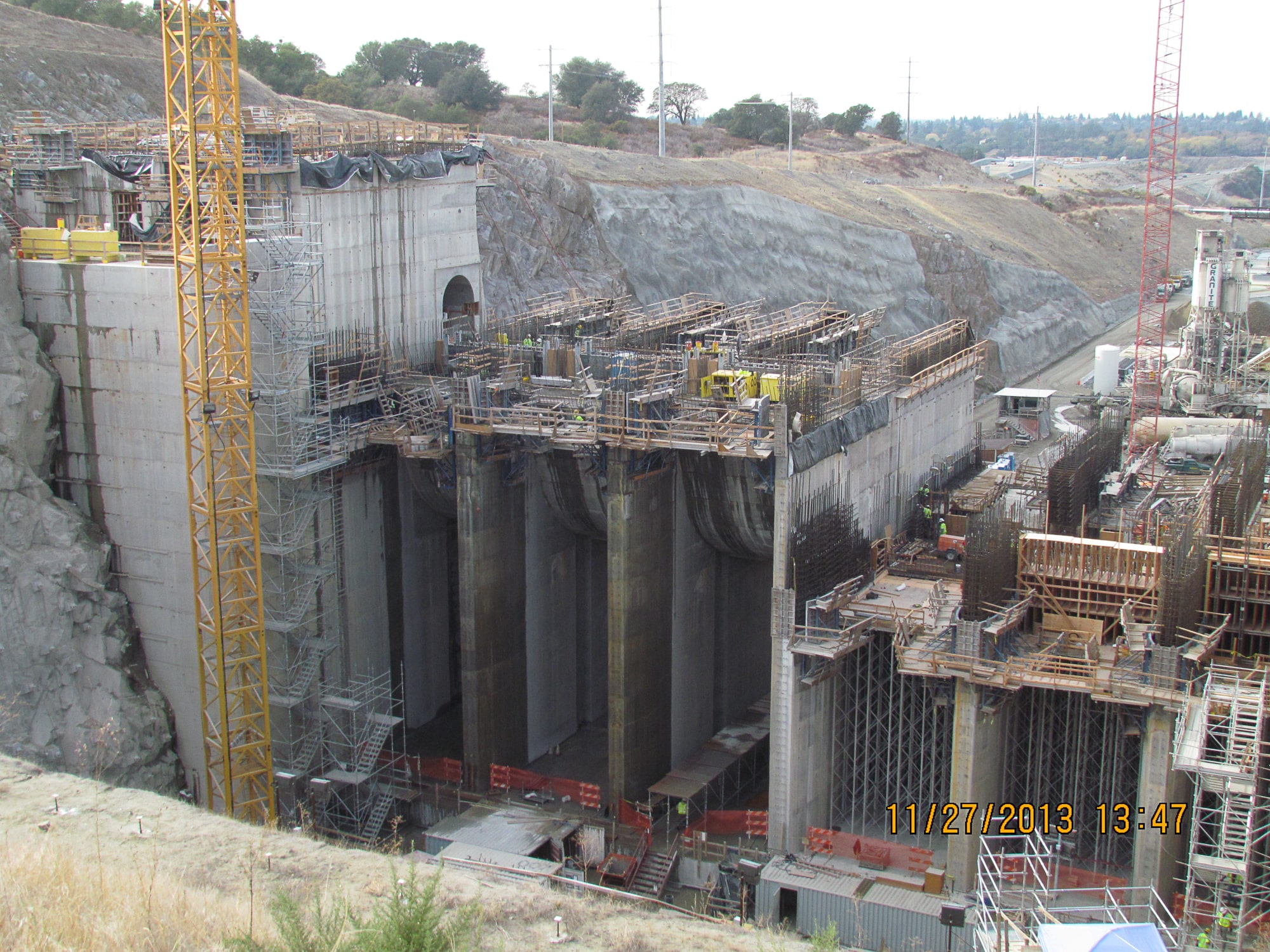 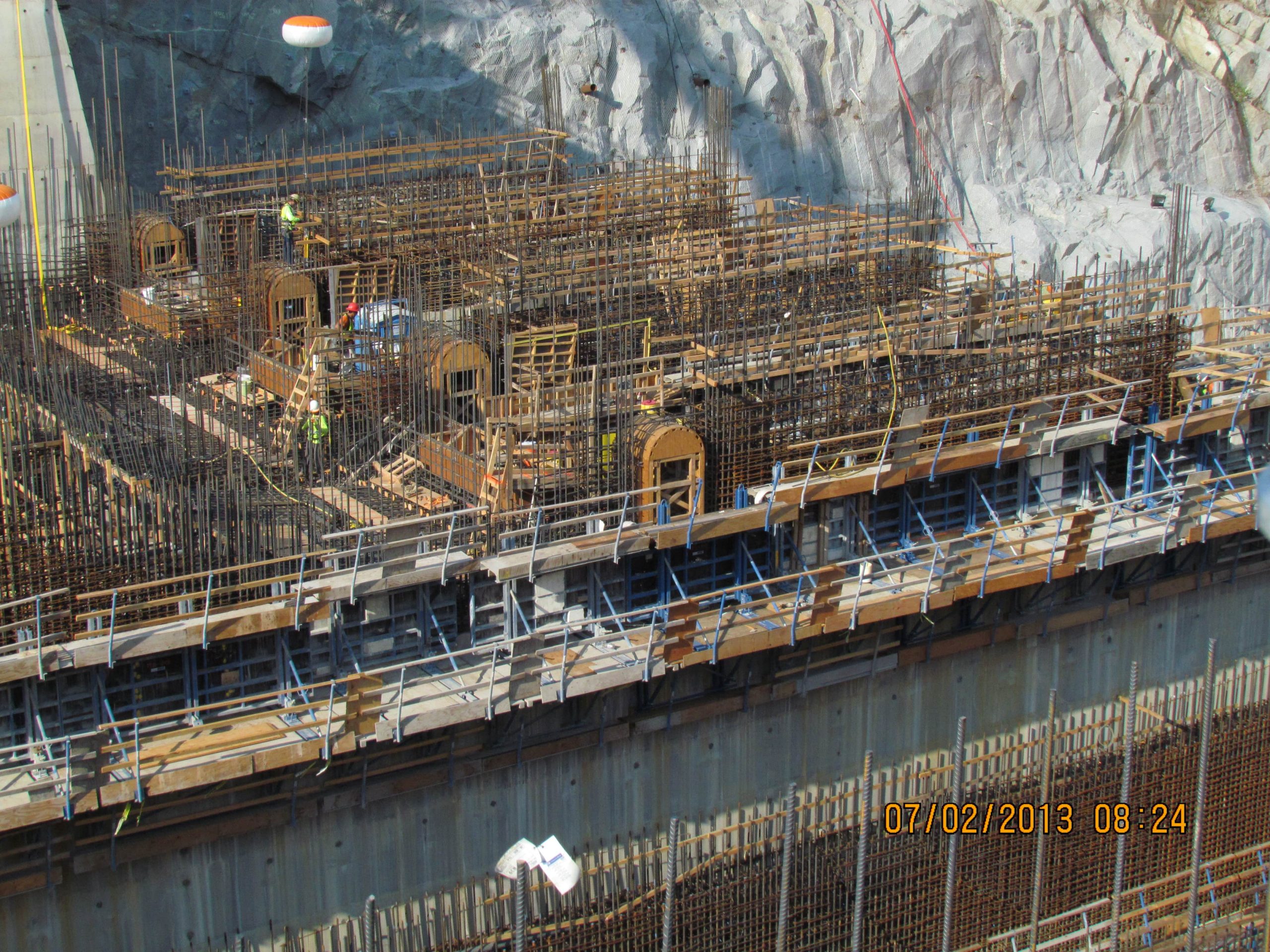 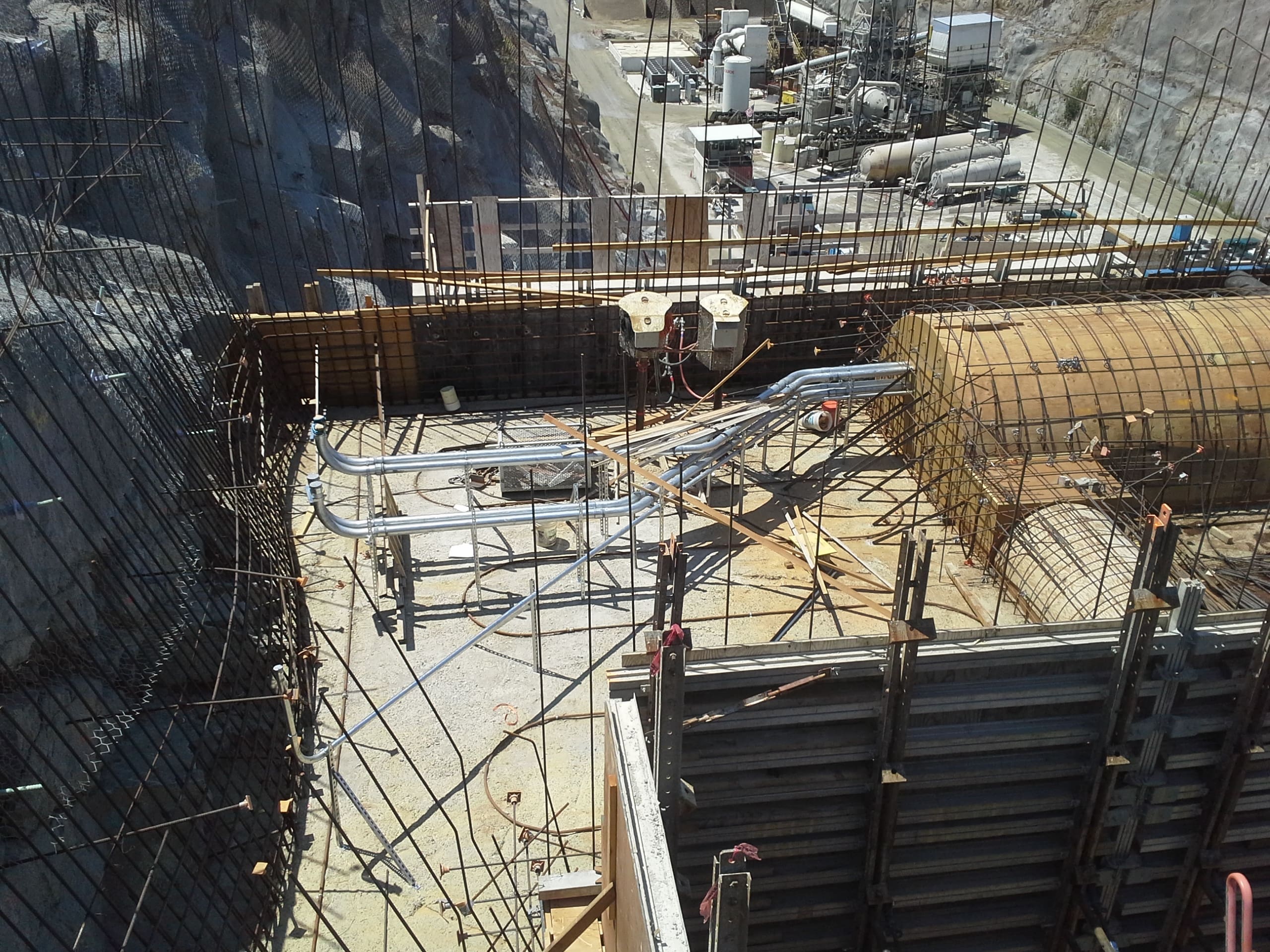 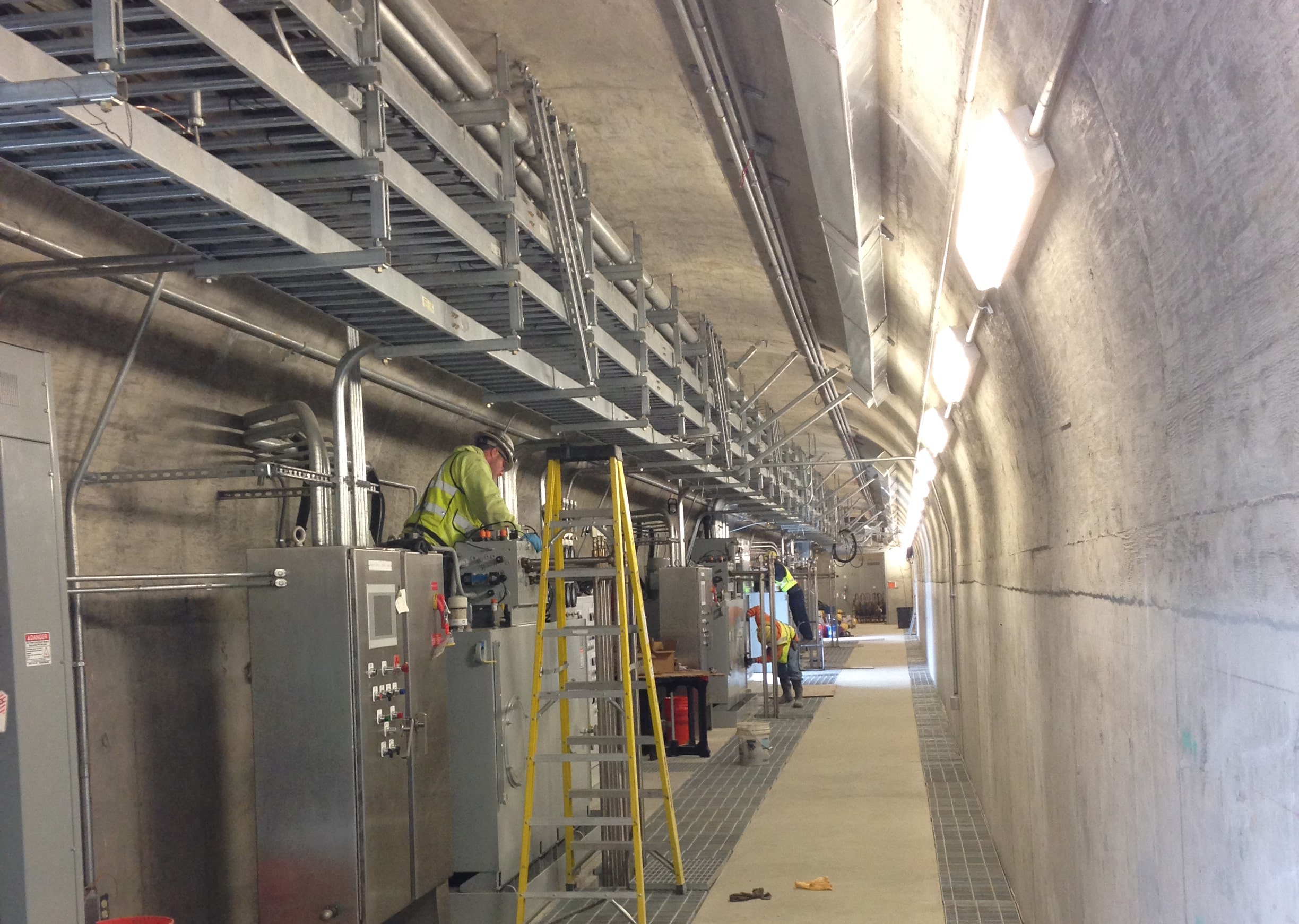 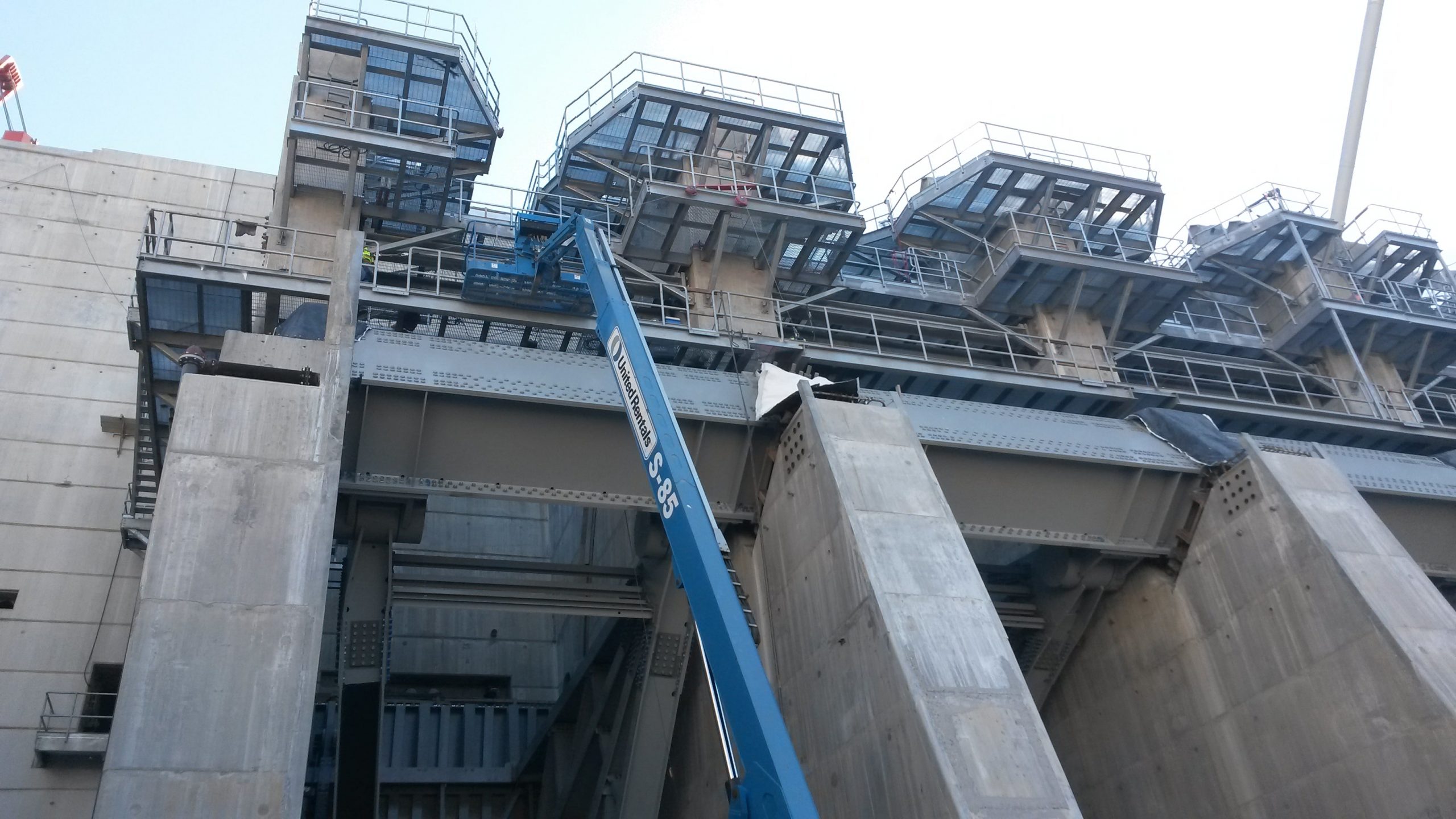 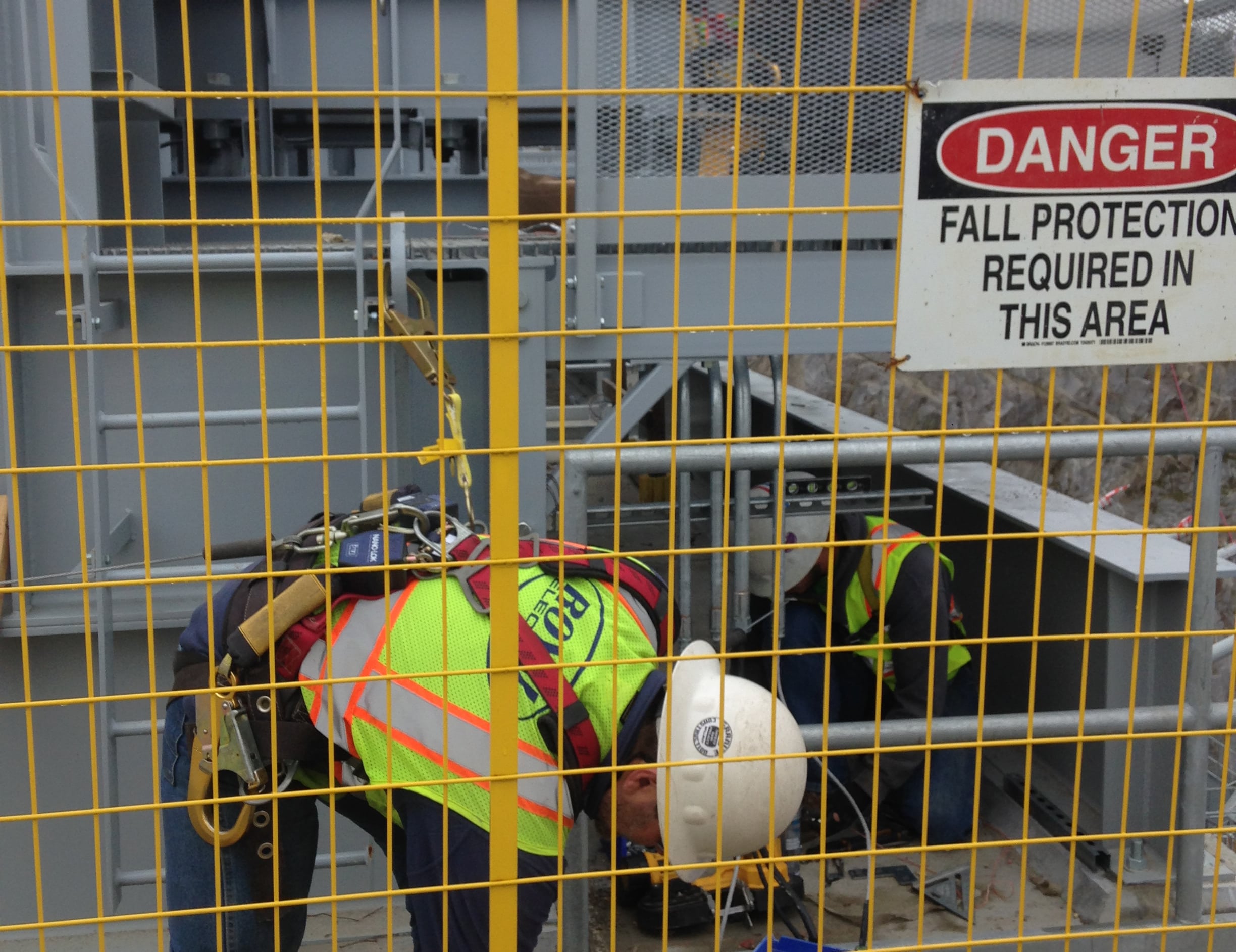 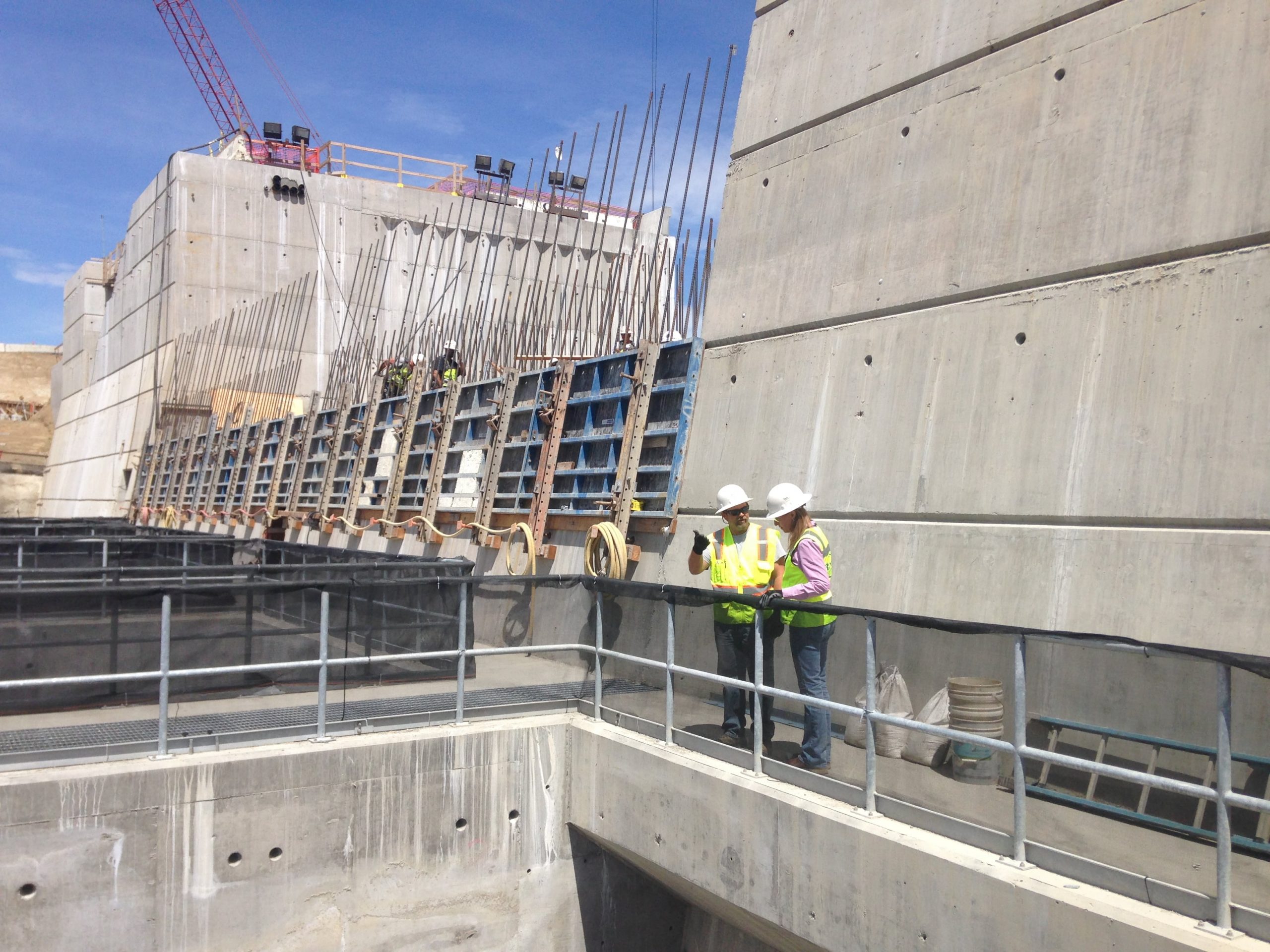 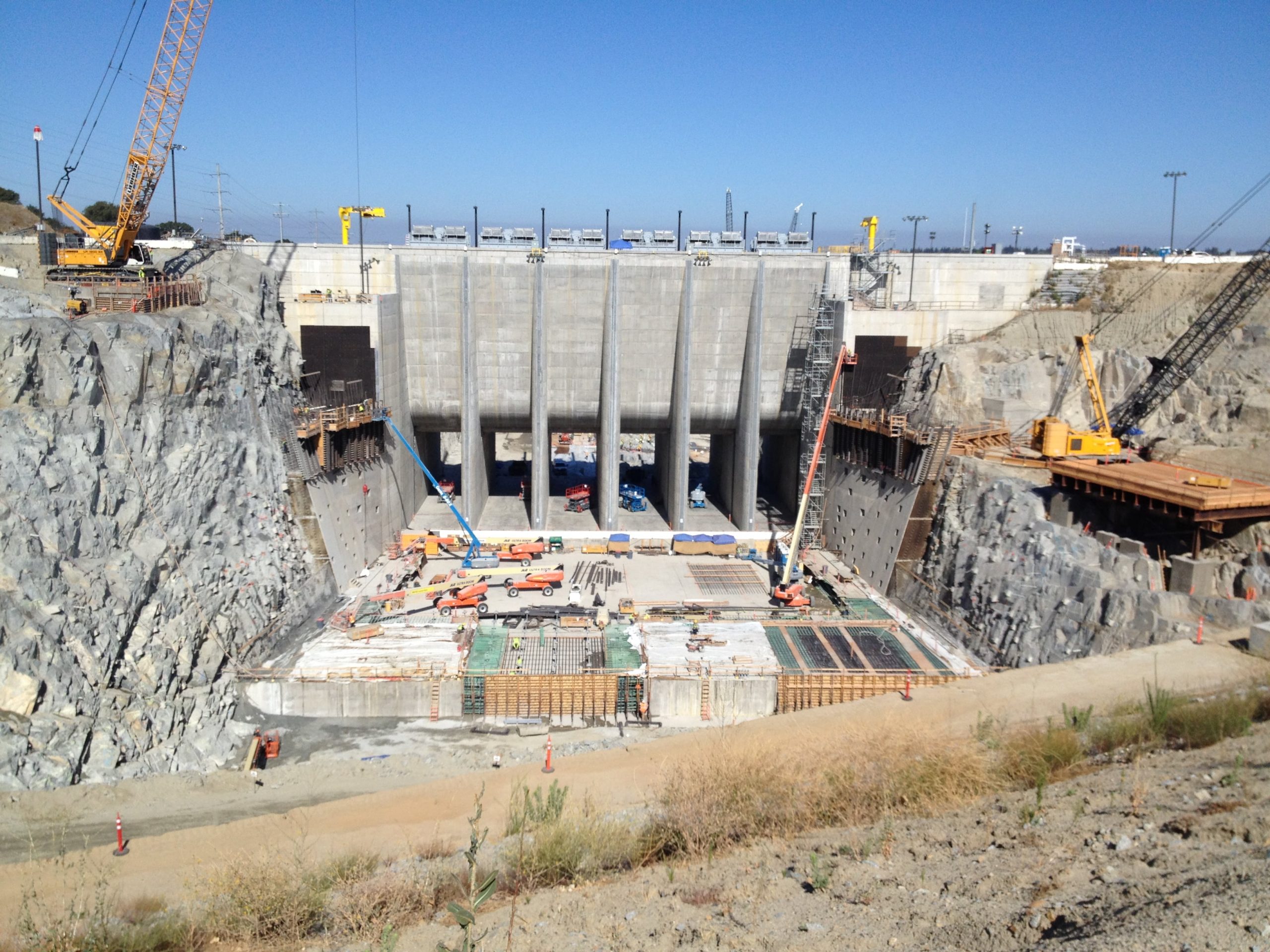 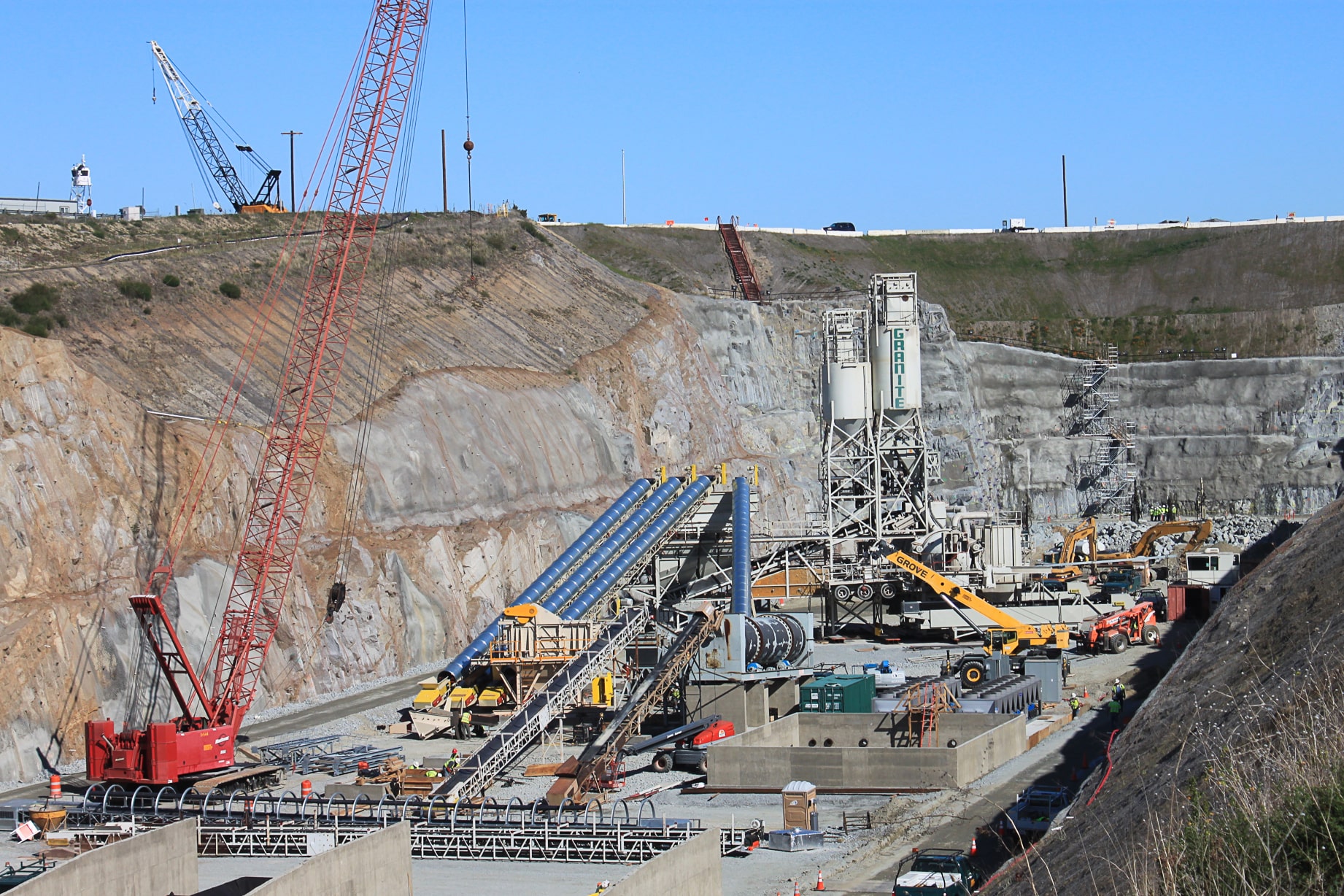 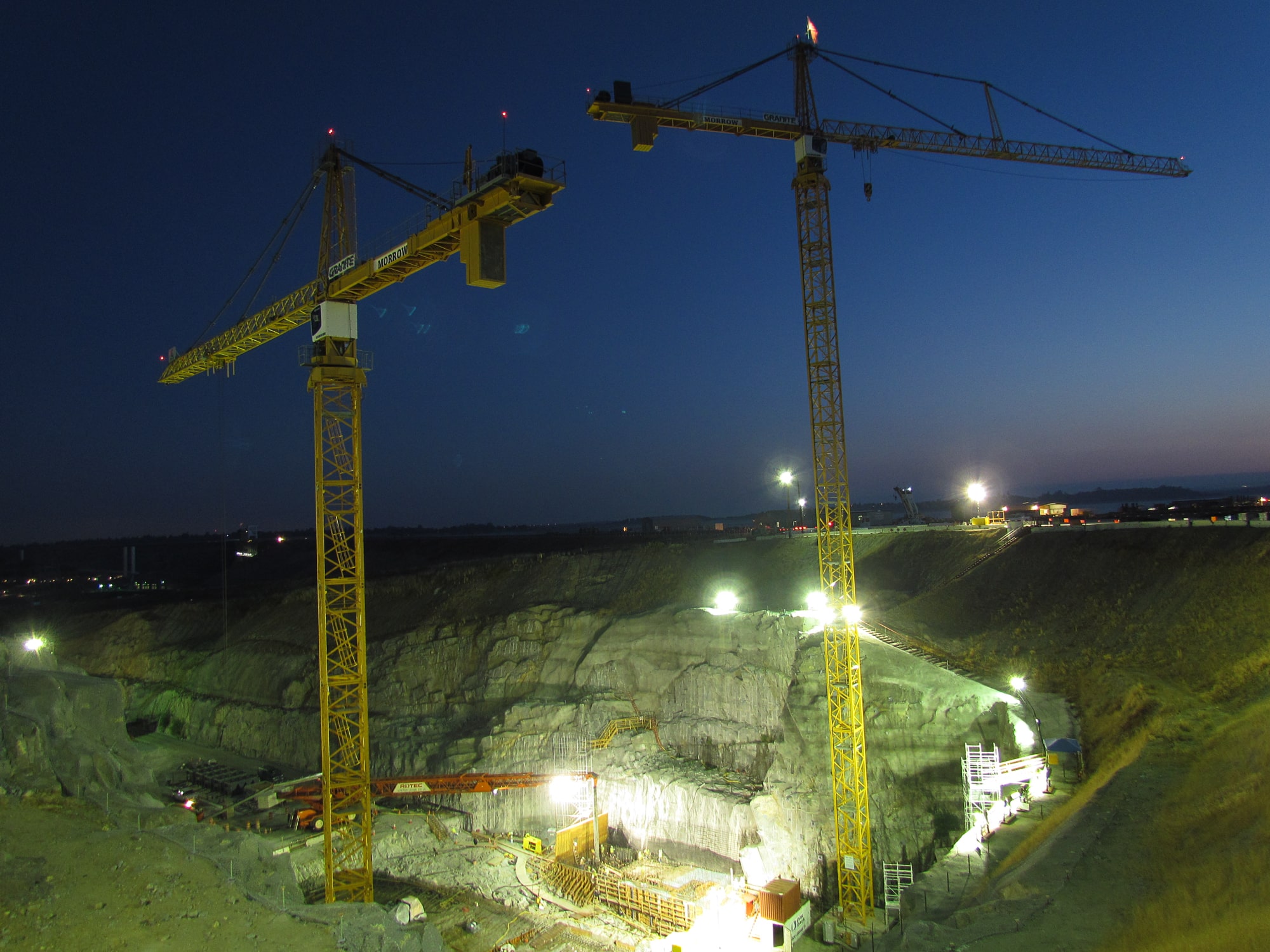 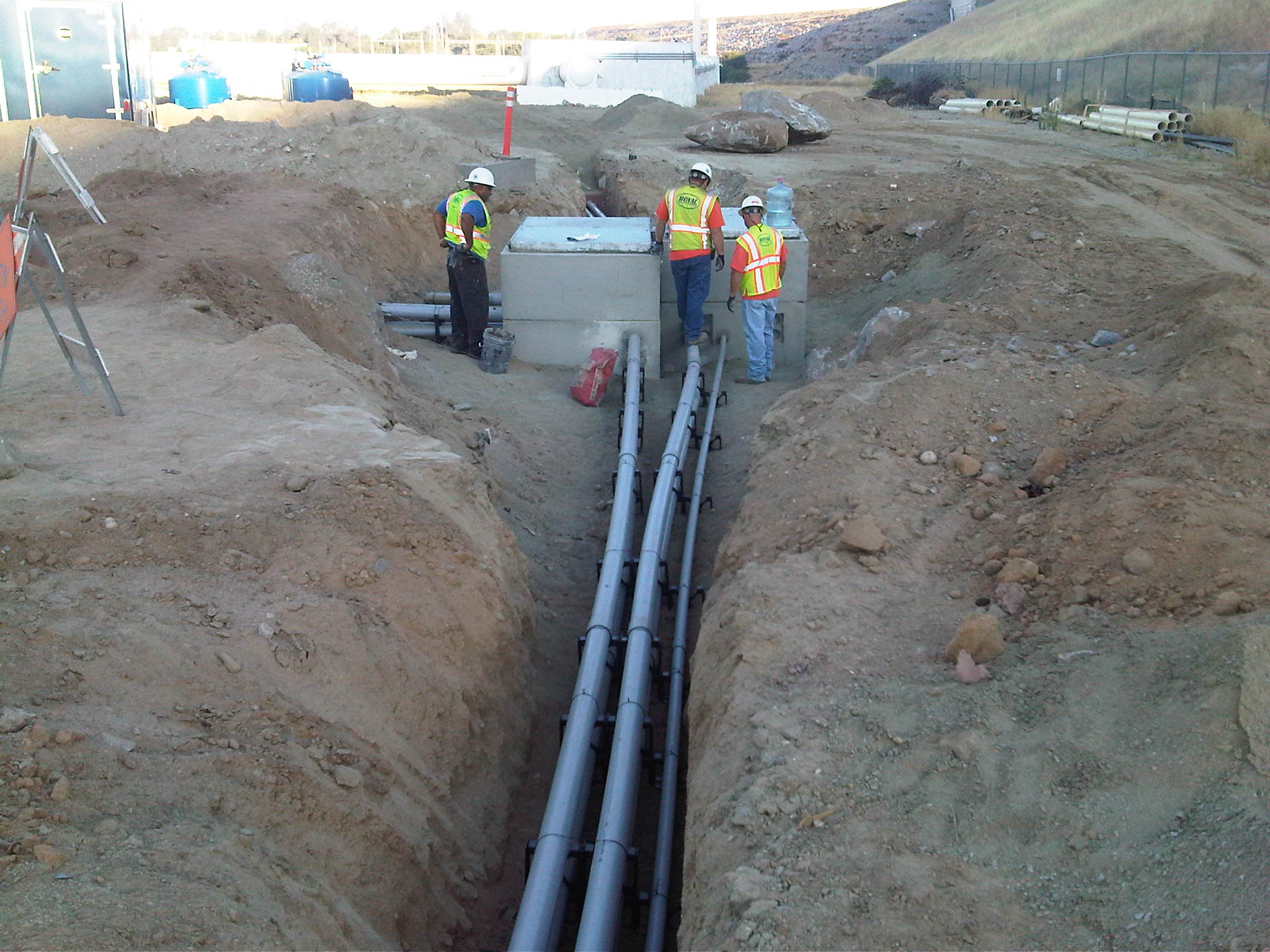 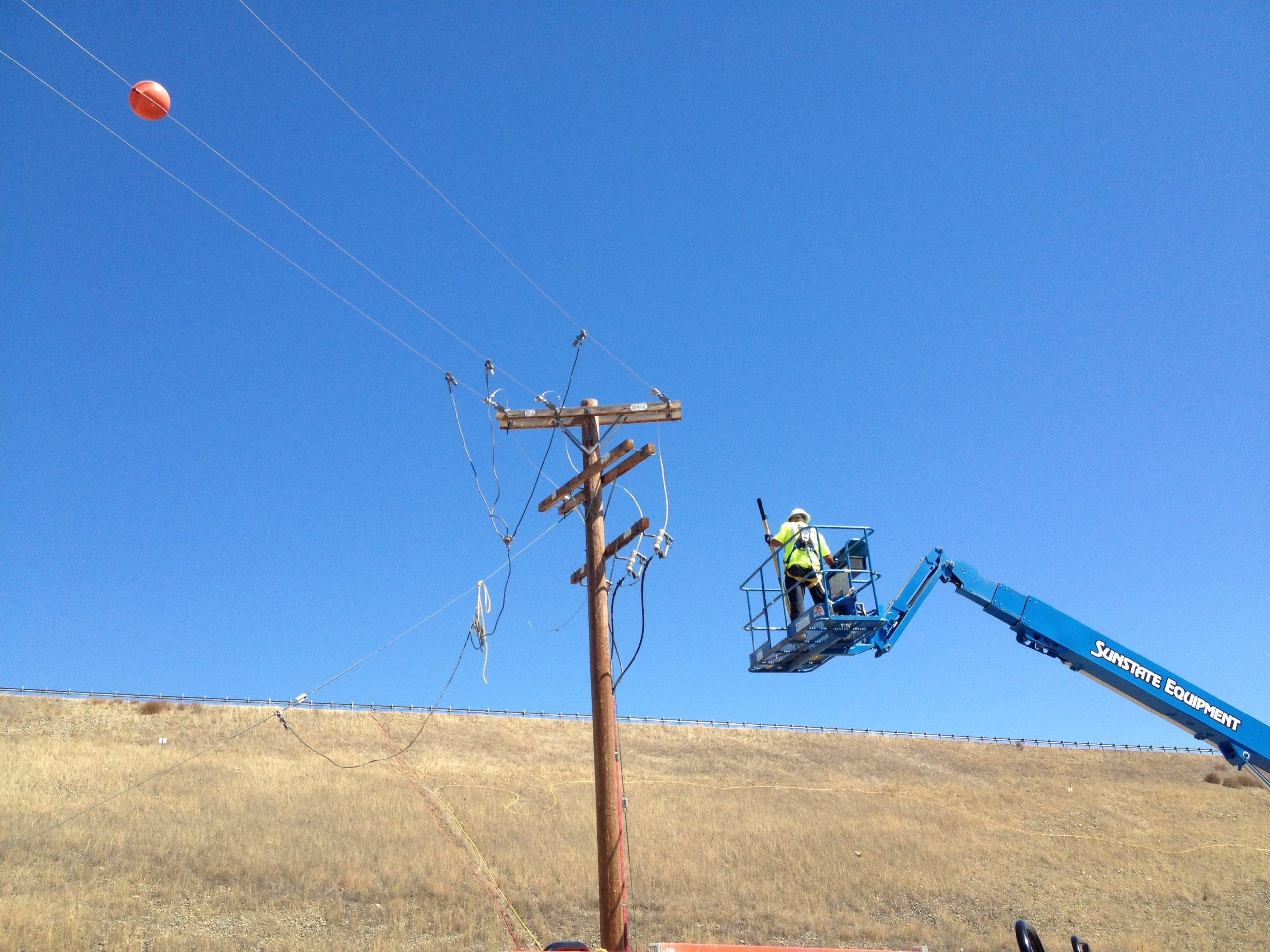 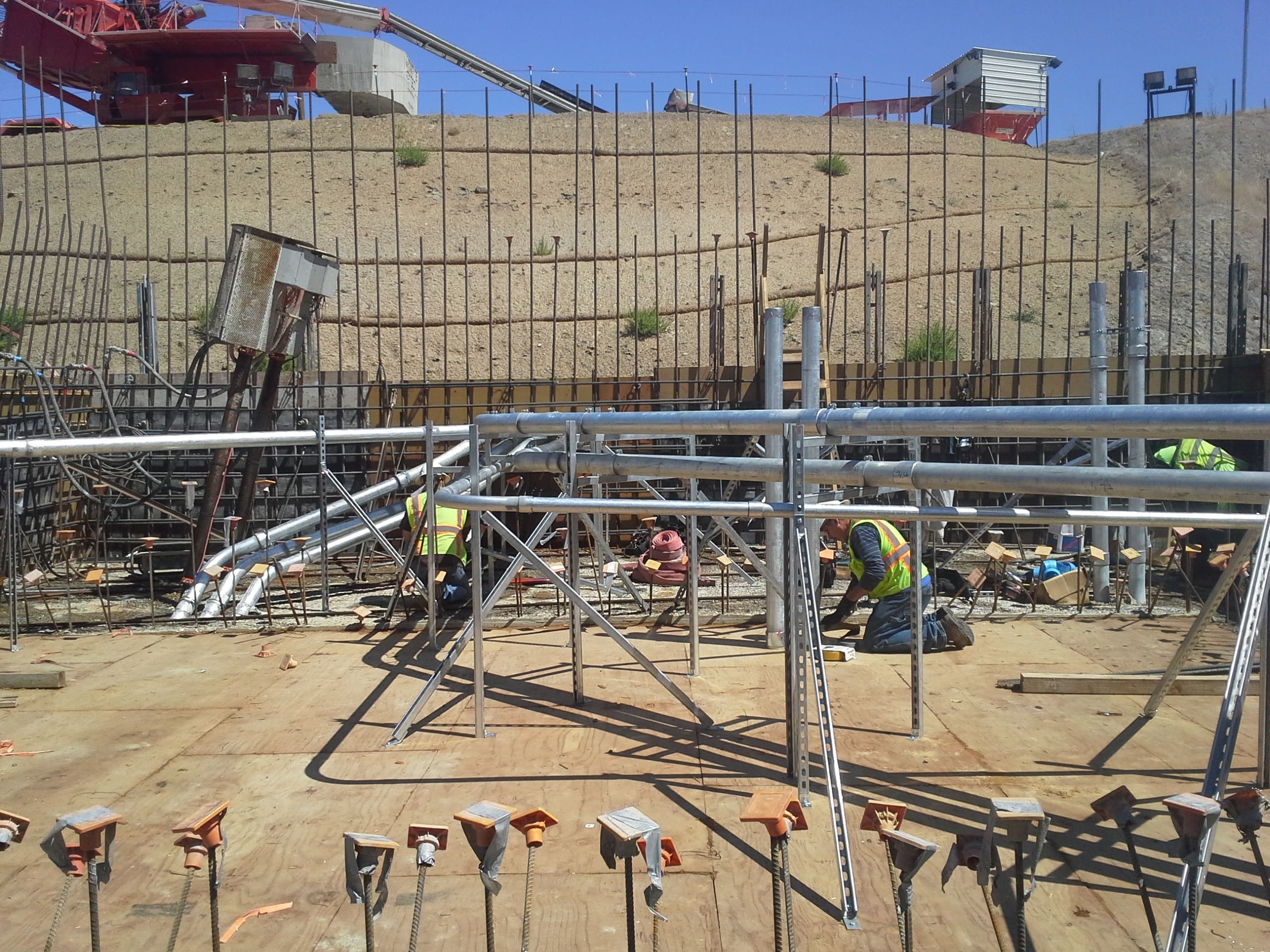 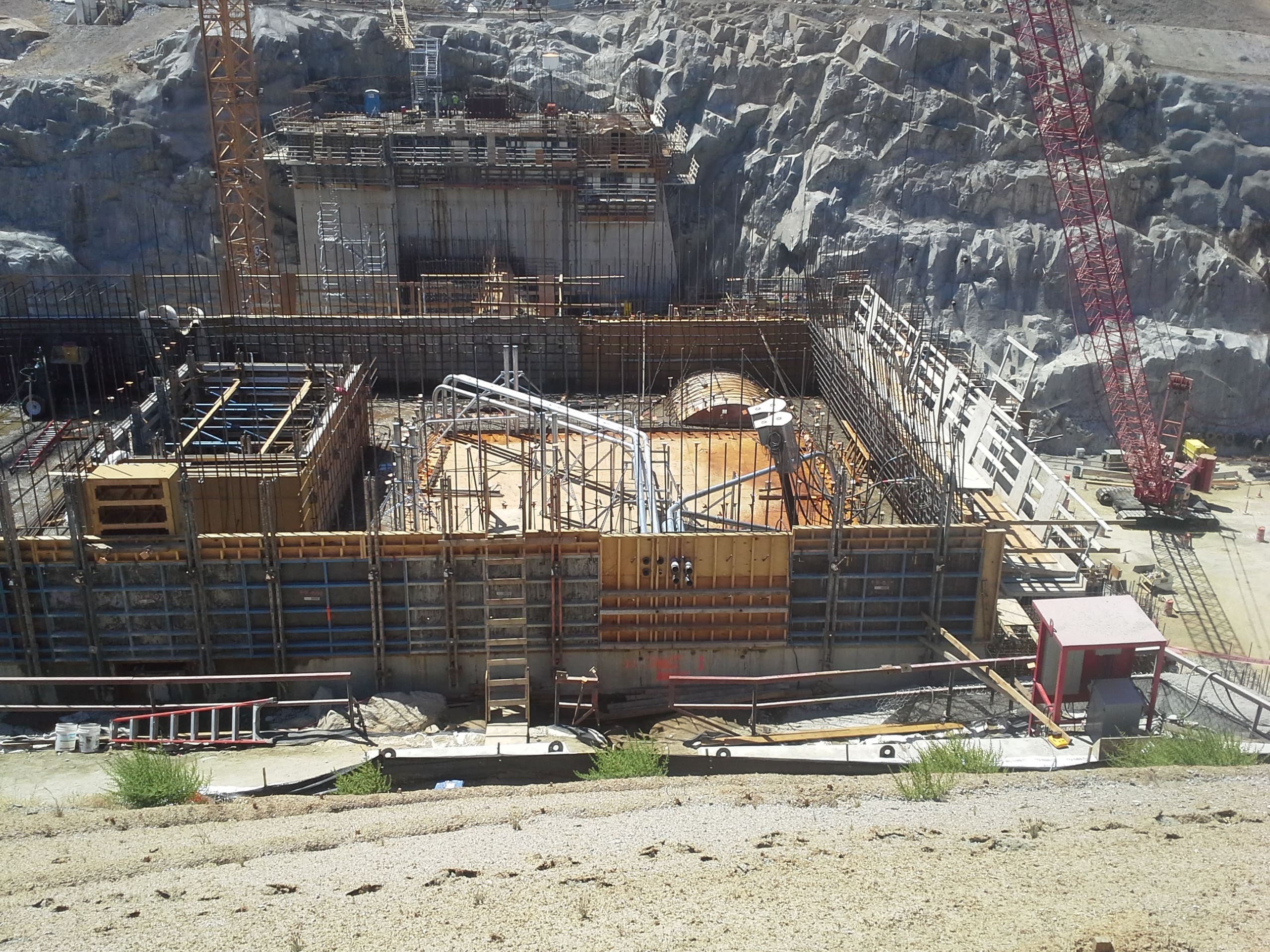 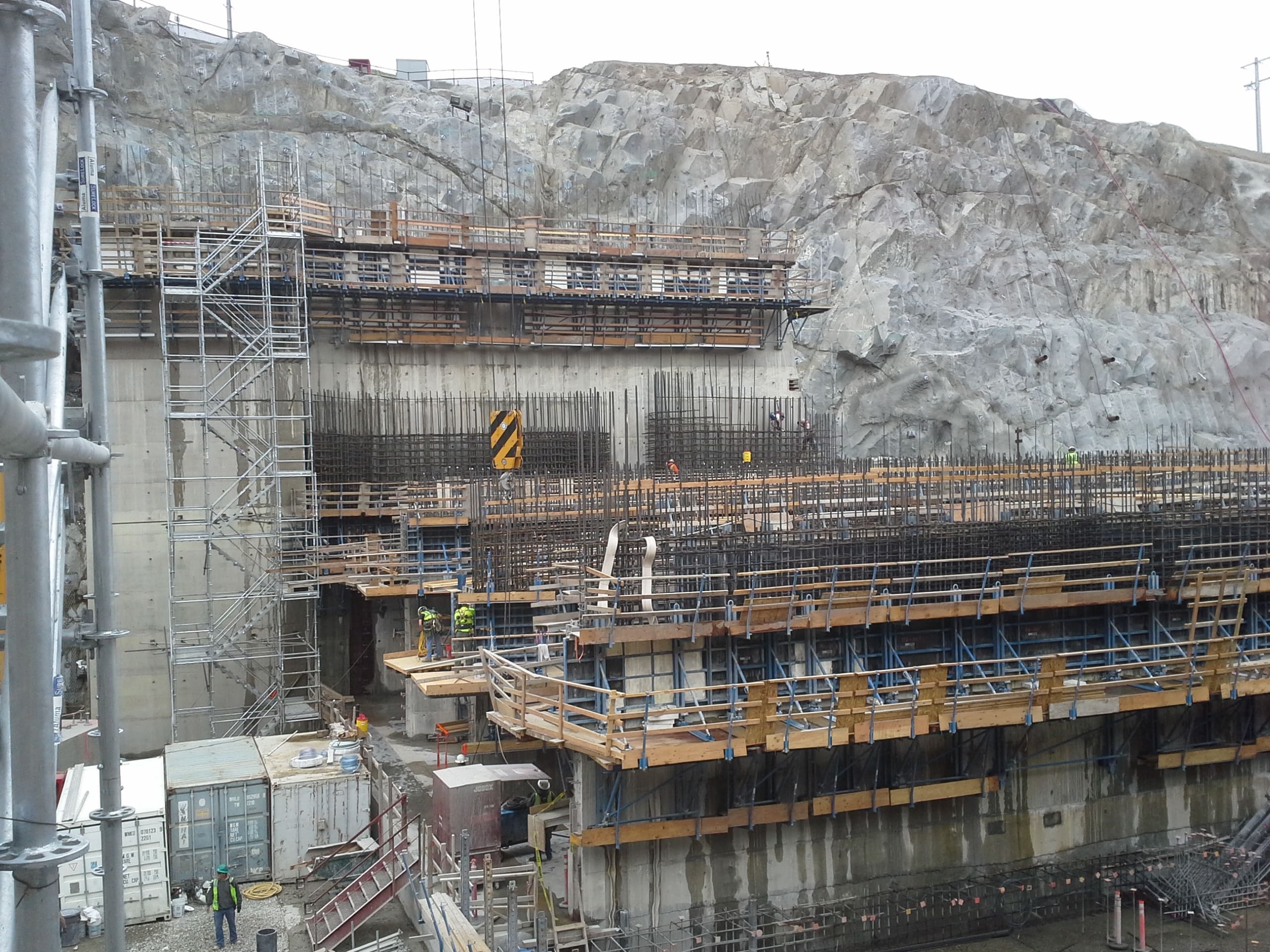 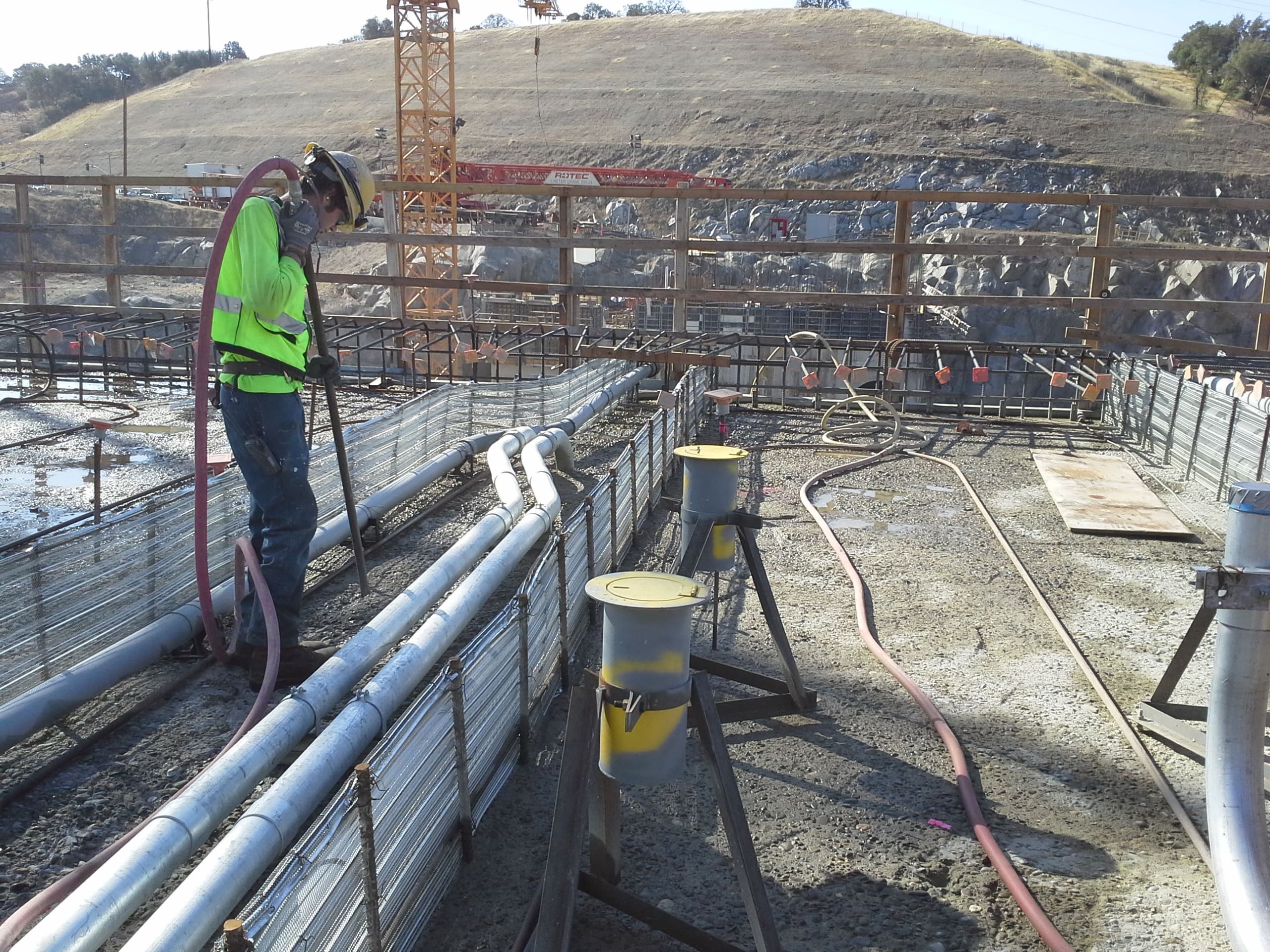 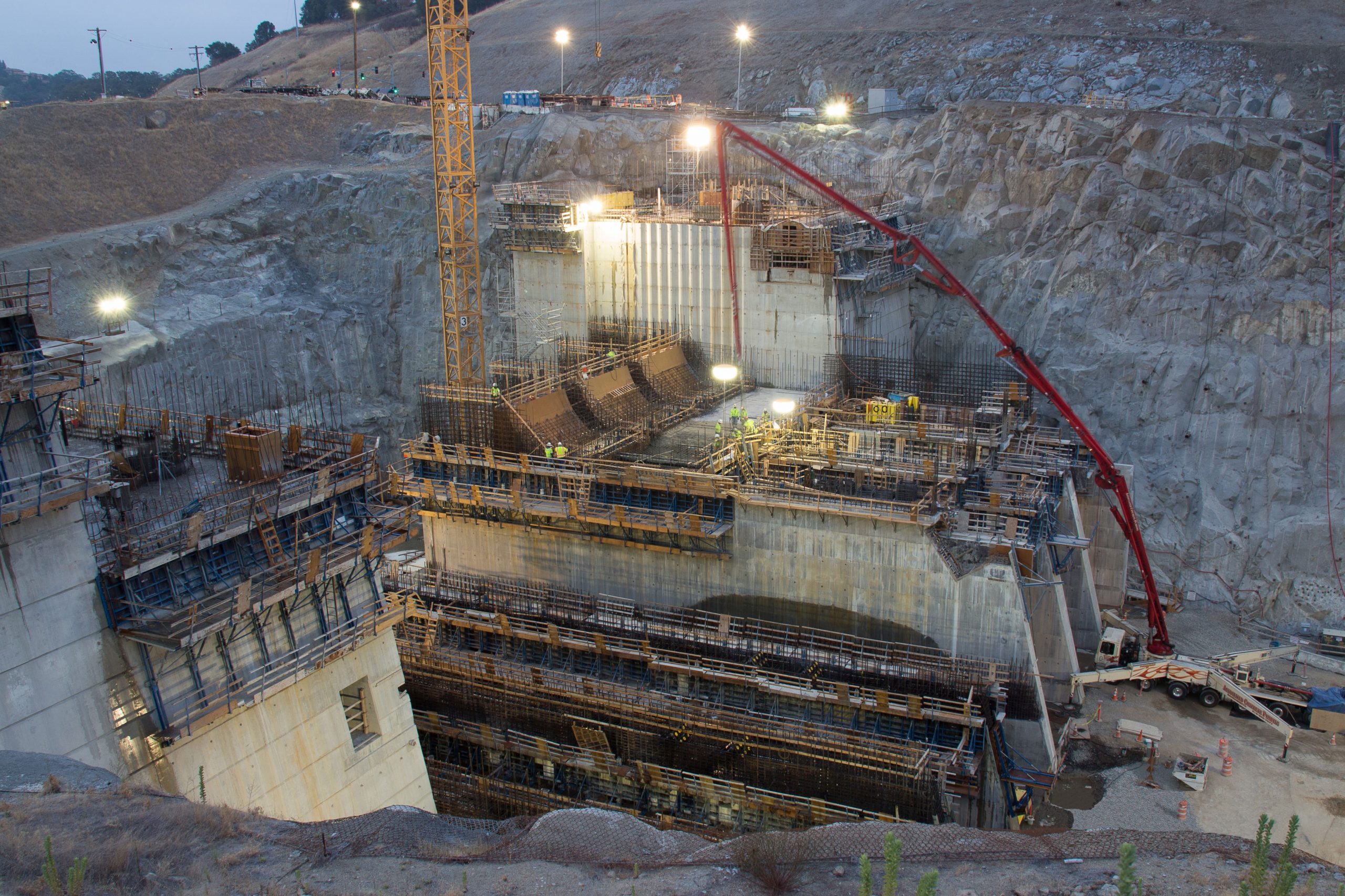 🠔 Back To All Projects

As part of a $900 million effort between the U.S. Army Corps of Engineers and the U.S. Department of the Interior, Bureau of Reclamation, Royal’s $4.3 Million subcontract provided the electrical, low-voltage and life safety systems for the Folsom Dam Auxiliary Spillway. This project required extensive coordination, preplanning, and attention to detail — and Royal was successful across the board.

The Auxiliary Spillway was designed to achieve a 200-year level of protection for the Sacramento region. It compliments the functions of the main Folsom Dam by allowing water to be released earlier and more safely from Folsom Lake during high-water events. This portion of the spillway contract consisted of construction of the spillway control structure, which includes six submerged gates that are controlled in coordination with the gates on the main dam.

While Royal has been performing commercial and industrial electrical installations for more than four decades, the unique needs of the Folsom Dam project resulted in many different challenges, including:
Coordination — Royal Electric created coordination CAD drawings to detail our installations in each concrete pour. Our electrical conduit, ground wire, boxes and other installations had to be coordinated for placement with the extensive rebar and the dewatering system embedded in the concrete.
Sequencing — The original design called for five monoliths of concrete, each about 150 feet tall. Because of unforeseen loose granite, a sixth monolith of 30 feet was added. These monoliths were poured in five-foot lifts of concrete. In each of these pours, Royal installed our embedded installations. As a result, Royal crews were present the entire time during forming, setting of rebar and pouring of all lifts of concrete.
Temporary Power — In addition to our electrical scope, Royal took care of the ever-changing temporary power needs of Granite Construction’s batch plant and for construction lighting and power throughout the project. This temporary power constantly had to be maintained and moved while the site changed with the additional concrete pours.
Access to Electrical Gear — The main electrical equipment for the spillway is housed in the mechanical gallery approximately 100 feet up from the bottom of the spillway. Our electrical gear was crane-lifted into place midway through the concrete pours. It was then framed over to create a mechanical gallery, and concrete was poured over the top. Royal was not able to see or access our gear for almost six months until the pours were complete, and the formwork was removed.
Coordination of Gate Controls — Royal’s scope included control wiring between the Hydraulic Power Units, provided by Leneta, and the Gate Controllers, provided by Electro Hydraulic Machinery. No interconnect drawings existed to show the control wiring connections between equipment, and the labeling was inconsistent between the equipment provided by each manufacturer. Royal worked extensively with the two manufacturers to properly design, install and as-built the control wiring that resulted in a functioning system.
Safety — This project brought many unique safety concerns. During the first phase of the project, blasting was still occurring to remove granite, and Royal was required to take shelter for one hour per day until the blast was complete. Working around large cranes and the concrete operations, Royal crews had to be aware of their surroundings at all times. Finally, crews were working at extreme heights, making fall protection an everyday part of their operation. Once the monoliths were poured, access to the mechanical gallery that housed electrical equipment was via small winding staircases — a challenge for safely bringing materials and tooling in and out of the work area. In the five years that Royal worked on this project, there were no lost-time injuries to our crew.

In addition to the solutions provided to each unique challenge above, Royal Electric and Granite Construction worked cohesively to coordinate installations. From the onset, the construction team identified potential challenges, performed extensive preplanning and detailed our work. Royal’s expertise in electrical construction put us in a position to mitigate any potential problems before they occurred, and present solutions for Granite and the owner when challenges did arise.

“Royal Electric was a large part of our success on this project. From the submittal phase, through the planning and execution, they were very professional and timely.”

Want to talk about your project or have questions? Let’s connect!